The following is the list of candidates for selection to the post of INDUSTRIES EXTENSION OFFICER on Rs.35,700- 75,600/- in INDUSTRIES AND COMMERCE DEPARTMENT, interviewed and found suitable by the Commission and arranged in the order of merit. This Ranked List is brought into force with effect from 08-12-2021

NOTE (I): The Ranked List will be in force till the publication of a new Ranked List after the expiry of a minimum period of one year or till the expiry of three years which ever is earlier. Candidates will be advised for appointment in accordance with the rules and orders regarding reservation and rotation as amended from time to time, if applicable, against vacancies reported to the Commission during the pendancy of this list. As the advice for appointment depends on the occurrence of vacancies, there is no guarantee that all candidates included in the list will secure appointment. The candidates remaining in the list at the time of cancellation will have no claim at all for appointment on the basis of the inclusion of their names in the list.

NOTE(II):-Candidates who wish to obtain a photocopy of their OMR answer sheet (Part A & Part B) relating to this selection shall remit the fees of Rs.335/- in any of the Treasuries in the State (Head of account: 0051 PSC-800-State PSC -99-other receipts). The duly filled in application in the prescribed form (available from the Commission’s website www.keralapsc.gov.in) along with the original chalan should be submitted to the Deputy Secretary (Examinations), Kerala Public Service Commission, Pattom, Thiruvananthapuram-4 within 45 days from the date on which this Ranked List is uploaded in the Commission's website (ie.on or before 21.01.2022). A copy of an answer sheet will be issued only once to a candidate. Copies of OMR answer sheets invalidated due to any defect will not be issued. Candidates are prohibited from applying for a copy of an answer sheet which is not their own, and legal proceedings will be initiated against those who do so.

NOTE(IV):“Any candidate can relinquish his/her right for appointment in writing duly attested by a Gazetted Officer of State/Central Government with signature, name, designation and office seal along with a Notarized Affidavit and a self attested copy of an ID Proof bearing photograph as enlisted in the General Conditions . The request for relinquishment received within 15 days from the date of publication of Ranked List in the Official Website of the Commission will be honoured against the requisitions of vacancies that are pending with the Commission up to the finalisation of Ranked List. After the publication of the Ranked List, the request for relinquishment will be considered only if such request is received on or before the date of receipt of requisition, based on which he/she is to be  advised.”

NOTE(V): The A part and B part of OMR scripts will be destroyed after completing six months period from the date of finalization of Ranked List, i.e. on 07.06.2022. 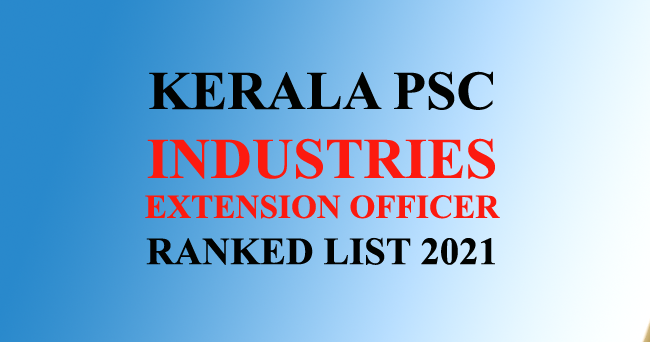