i. ‘Pativu Kanakku’ was introduced by marthanda Varma in Travancore.

iii. devadasi system was abolished in Travancore during the reign of Sethu Lakshmi Bai.

iv. The Institution of Slavery was abolished in Travancore during the reign of Sethu Lakshmi Bai.

Select the true answer from the codes given below:

A) All the above

2. Which of the following pairs are correctly matched?

3. Which of the following statement/s about Responsible Government in Kerala is/are true ?

i. Pattom A. Thanu Pillai was the first President of Travancore State Congress.

ii. ‘dharmarajyam’ is a book related with the struggle for Responsible Government in Kerala.

iii. The name of Accamma Cheriyan was associated with the Responsible Govt. in Kerala.

4. Which one of the following does not belong to the same category?

5. Which of the following statements about the Chipko movement is/are not correct?

i. Chipko movement was an Agrarian movement.

iii. Gaura devi is an important leader of Chipko movement.

6. Which of the following terms does not indicate land during the Mughal days?

7. Which of the following statement/s is/are true?

i. ‘Sugar Act’ was related with American Revolution.

iv. ‘Ten days That Shook The World’ was associated with French Revolution.

8. Which one of the following statement/s about UNO is/are not true?

i. UNO was based on the concept of National sovereignty and Big power co-operation.

ii. The purpose of UNO is defined in Article I of the UN Charter.

iv. UNO was formed to maintain international peace and security.

9. Consider the following statements, which one is correct?

i. Tennis Court Oath was related with French Revolution.

iii. “The Friend of our Country” was a journal of rebels during the French Revolution.

i. The aim of the Bill is to provide subsidised food to the poor people of the Country.

ii. This Bill was first implemented in Rajasthan.

iii. AAy (Antyodaya Anna yojana) is an extension of this Bill.

Which among the codes given below is true?

Statement A : Westerlies are more powerful and aggressive in Southern hemisphere.

Statement B : Westerlies in Southern hemisphere blows through friction free surface of oceans.

A) Statement A is correct, B is incorrect

B) Statement B is correct, A is incorrect

C) Both statements are incorrect

D) Both statements are correct and statement B explains statement A

12. Patlands are characteristic features of

14. Consider the following statements on Western Ghats. Which one is correct?

A) Western Ghat is a young fold mountain

B) Western Ghat was formed in Tertiary Period

C) Western Ghat is an Escarpment

15. Which of the following is an open source GIS software?

B) GdP at mP – depreciation

17. Among the factors of production the passive ones include

D) Both land and capital

18. Which among the following measures will reduce the supply of money in the economy?

A) Purchase of Government Securities by RBI

B) Sale of Government Securities by RBI

C) Borrowings of the Central Government from RBI

19. Which of the following is/are correct regarding the Repo rate?

i. It is always lower than the Bank rate

ii. It is always higher than reverse Repo rate

iv. No collateral is involved when it is charged

C) Only i and iii

21. Which Article deals with the suspension of the Fundamental Rights guaranteed by Article 19 as soon as emergency is declared ?

22. Which of the following is in the Concurrent list in the Constitution of India?

A) Production, supply and distribution of goods

B) Newspapers, books and printing presses

A) A simple majority of Parliament

B) A special majority of Parliament

C) A special majority of Parliament and consent of States

24. The directive Principles of State Policy in Indian Constitution resembles the ‘Instruments of Instructions’ enumerated in the

25. Which of the following arguments is not correct about the amendment of Indian Constitution?

B) The power to initiate an amendment to the Constitution lies with the Parliament except in one case i.e., creation and abolition of legislative Councils in the States 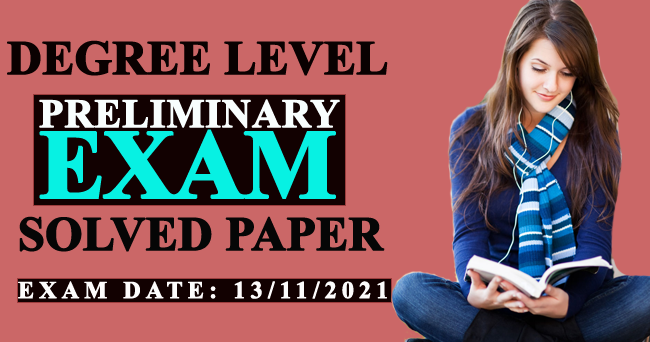