(i) It was initiated and led by the middle class under the influence of western ideas.

(ii) They had a critical attitude towards traditional institutions, beliefs and social relations.

3. A list of political events occurred in the 1930s in Kerala wherein women largely participated is given below. Choose the correct match.

A) All of the above

4. Among the following statements which are true in relation to the event of the Partition of Bengal?

(i) lord Curzon issued the order of dividing the province of Bengal.

(ii) It was meant to stem the rising tide of nationalism.

(iii) Indian nationalists did not see the partition as an attempt to divide Indians on religious ground.

A) All are true

5. Among the following statements which are true about the imposition of Emergency in 1975 ?

(i) It was imposed under Article 352 of the Constitution.

(ii) The proclamation of Emergency suspended the federal provisions of the

(iii) A series of decrees, laws and constitutional amendments reduced the power of judiciary to check the functioning of the executive.

7. Among the following combinations which one correctly represents the effects of World War I?

8. Read the following statements and then choose the correct answer.

Statement 1 : French Revolution began as an assertion of National Sovereignty.

Statement 2 : The National Assembly in 1790 demanded that France could never make war except in self-defence.

A) Both are true

B) Only Statement 1 is true

C) Only Statement 2 is true

D) Both are false

9. The idea of abandonment of parliamentary democracy in favour of a ‘dictatorship of the proletariat’ was associated with

10. The three pillars of Jawaharlal Nehru's development strategy in post-independent India were

A) Planning for rapid industrial and agricultural growth, a private sector to develop strategic industries, a mixed economy

B) Planning for rapid industrial and agricultural growth, a public sector to develop strategic industries, a mixed economy

11. Which of the following statement is/are correct about relative humidity ?

(i) How much water vapor is in the atmosphere as a percentage of the maximum amount possible ?

(iii) The relative humidity is high, less water evaporates from the skin because the surrounding atmosphere is already relatively moist, leaving the skin surface hotter.

12. Which of the following are the tributaries of River Periyar ?

Select the correct answer using the codes given below :

13. Match the list – I with list – II and select the correct answer from the codes given below.

14. What are the factors affect the strength and direction of wind?

Select the correct answer using the codes given below :

Which of the statements given above is/are correct?

16. Which of the following objectives related to the Fiscal Responsibility and Budget management Act (FRBmA), 2003 are correct ?

18. The major instruments used by the Reserve Bank of India to control credit include

Which of the statements are correct ?

A) All are correct

D) All are wrong

19. Among the major objectives of some Five year Plans in India, which one is in a correct (ascending/chronological) order ?

20. Nobel Prize for Economics in 2020 was awarded to Paul R. milgrom and Robert B. Wilson for their contribution in

A) Improvements to auction theory and inventions of new auction formats

21. Which is the portable document format version of the election photo identity card?

22. The bank authorized to issue and encash Electoral Bonds in India

A) Reserve Bank of India

B) State Bank of India

23. The idea of separation of powers implies

(i) That the same person should not form part of more than one organ of the government.

(ii) That one organ of the government should not control or interfere with the exercise of its function by another organ.

(iii) That one organ of the government should not exercise the functions of other.

B) The word Sovereign

25. Which of the following is not a classical language in India? 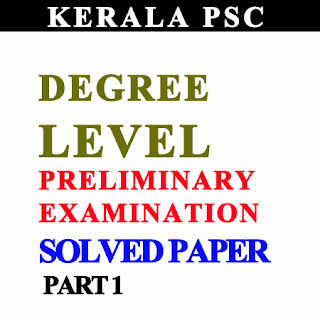