B) Angiotensin I is physiologically inactive.

D) Angiotensinogen is produced by the kidneys.

2. The axillary tail of mammary gland is known as

3. The following are the major blood vessels which supply liver except

4. The anterior end of the corpus callosum is known as

5. Which is the largest branch of brachial plexus?

6. Free living microbes that live on dead or decaying organic matter are known as

7. Bacteria with a tuft of flagella at one end are called

8. Biohazard symbols on a specimen represent

B) Poisonous and corrosive

9. The characteristics present on a primary social group is

10. The process by which social order is established and maintained is called

11. Which statement is correct about cognitive dissonance?

A) A theory of attitude change developed by Festinger.

B) A theory based on psychoanalysis.

C) It focuses on instincts and childhood experiences as reason for problems in adulthood.

D) The theory assumes that all the behaviours are learned.

12. According to Freudian psychology,

A) Personality is an adaptation to the environment

D) The whole of anything is greater than its parts

13. Which psychological theory explains about the ‘‘Schizoparanoid position’’, as part of sychological development?

14. Which is not a correct statement about stress?

A) During the “alarm reaction stage”, the physiological responses of the “fight or flight syndrome” are initiated.

B) Cognitive appraisal is an individual’s evaluation of the personal significance of the stressful event.

C) Selye called the general reaction of the body to stress the “general adaptation syndrome”.

D) According to Lazarus and Folkman, in primary appraisal of an event, benign-positive outcome is one that holds no significance for the individual.

15. Preventing unacceptable or undesirable thoughts or behaviors from being expressed by exaggerating opposite thoughts or types of behaviors is termed as

16. Ego-ideal and the conscience are two important components of

17. Emile Durkheim (1951) studied the individual’s interaction with the society in which he or she lived and described three social categories of suicide. Which of the following term is not included in his theory?

18. “I make this choice because it is morally right and my duty to do so.” This statement is an example of

19. Which is not an ego defense mechanism ?

20. Consistent individual differences in behavior that are biologically based and are relatively independent of learning, system of values and attitudes is

21. What is the origin of the serotonin pathways in the brain stem?

23. What is the most suitable nursing diagnosis for a person who has abuse of alcohol and cannabis, destructive behavior toward others and self, inability to meet basic needs, inability to meet role expectations, risk taking behaviours ?

24. Which of the following statements is/are correct about schizophrenia ?

i. Autochthonous delusions are characteristic of schizophrenia.

ii. Ambivalence is a symptom under Schneider’s First Rank Symptoms of schizophrenia.

iii. Third person hallucinations’ are considered to be characteristic of schizophrenia.

25. Which is/are the correct statement/s related to cognitive psychotherapy?

i. In CBT, patient monitor his or her negative, automatic thoughts.

ii. CBT is based on psychoanalysis.

iii. Free association and abreaction are the techniques used in CBT.

iv. Learn to identify and alter the dysfunctional beliefs. 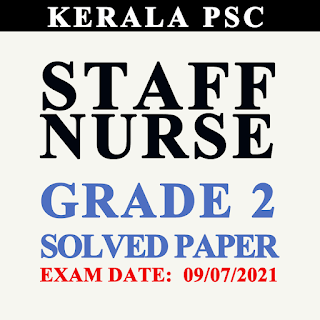