51. What is the name of rain water harvest programme organised by Kerala Government?
a) Jalanidhi
b) Harita
c) Varsha(√)
d) Anugraha

54. Gaythripuzha is the tributary of which river?
a) Periyar
b) Bharatha Puzha(√)
c) Chaliyar
d) Pampa

55. In which district Mangalavanam, the smallest wild life sanctuary in Kerala situated?
a) Ernakulam(√)
b) Trissur
c) Wayanad
d) Idukki

63. Which Constitutional Amendment made right to free and compulsory education as a fundamental right?
a) 73rd
b) 86th(√)
c) 52nd
d) 74th

66. Who is the Chairman of the Rajya Sabha?
a) The President
b) The Vice  President(√)
c) Lok  Sabha Speaker
d) The Governer

68. Which of the following Article of the constitution deals with the Fundamental Duties of the Indian Citizens?
a) Article 51 A(√)
b) Article 29 B
c) Article 21 A
d) Article 39 C
69. The authority to issue 'Writs' for the enforcement of Fundamental Rights rests with:
a) The Parliament
b) The President
c) The Supreme Court and High Courts(√)
d) The CBI

In which part of the question is the mistake
73.
a) It was Shakespeare
b) And not no one else(√)
c) Who wrote this play
d) At the beginning of sixteenth century 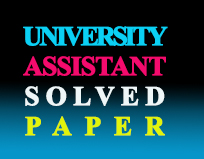