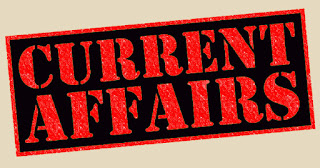 1. Who was named Captain of the Year at the Annual ESPN Cricinfo Awards?
Ans: Virat Kohli

2. Who was chosen by the BCCI for the Lifetime Achievement Award in the women's category?
Ans: Shanta Rangaswamy

3. Who was sworn in as the UN Deputy Secretary General?
Ans: Amina J. Mohammed

4. International Yoga Festival was held in which city in Uttarakhand recently?
Ans: Rishikesh

5. The river festival, 'Namami Brahmaputra'-, is being organised by which state?
Ans: Assam

7. Who is the head coach of the Indian team for the upcoming FIFA U-17 World Cup football tournament?
Ans: De Matos

9. The state government of Himachal Pradesh has decided to make which town as the second capital of the state?
Ans: Dharamshala

10. Which city was ranked as the top Indian city to manage urban governance, in the evaluation conducted by Janaagraha Centre for Citizenship and Democracy?
Ans: Thiruvananthapuram

11. Name the Pakistani diplomat who has been appointed as the new Secretary General of  SAARC.
Ans: Amjad Hussain Sial

16. Who heads the Inter-disciplinary standing committee on Cyber Security, constituted by the Reserve Bank of India?
Ans: Meena Hemachandra

17. Who is the new spokesperson of the Ministry of External Affairs (MEA)?
Ans: Gopal Baglay

19. Which popular surgeon, who performed the first successful liver transplant on human beings, passed away recently?
Ans: Thomas EStarzl
He is known as the 'father of transplantation'