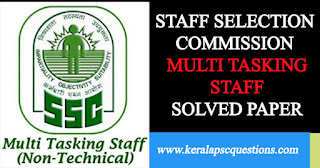 1. Which of the following countries is a land locked country in South America
a. Ecuador
b. Peru
c. Uruguay
d. Bolivia

3. Titan is the largest natural satellite of planet
a. Mercury
b. Venus
c. Saturn
d. Neptune

4. Which of the following planets rotates clock wise
a. Pluto
b. Jupiter
c. Venus
d. Mercury

7. How many times the preamble was amended
a. once
b. twice
c. thrice
d. four times

9. The state with the lowest population in India is
a. Goa
b. Tripura
c. Mizoram
d. Sikkim

13. Who is the founder of the Capital city of Agra
a. Akbar
b. Babar
c. Sikinder Lodi
d. Mubarak Shah Sayyad

15. National Institute of Oceanography is located in :
a. Calcutta
b. Chennai
c. Mangalore
d. Panaji

18. The C. K. Nayudu Trophy is related to the sport of
a. cricket
b. Hockey
c. Football
d. Chess

20. "The Woman of the Millennium" selected by the British Broadcasting Corporation (BBC) is
a. Margaret Thacher
b. Hillary Clinton
c. Chandrika Kumaratunga
d. Indira Gandhi

21. The General Assembly of United Nations meets
a. Once a year
b. twice a year
c. thrice a year
d. Once in five years

24. The "Killer Instinct" is written by
a. Sulakshan Mohan
b. M.K.Santanam
c. O.P.Sabharwal
d. Subash Jain

25. The Secretary-General of UN is appointed by the
a. Security Council
b. Trusteeship Council
c. General Assembly
d. World Bank

28. Which of the following harbours is considered as the world's finest natural harbour
a. Sydney harbour
b. Toronto harbour
c. New Jersy harbour
d. Singapore harbour

33. The joint session of the two houses is presided by
a. the speaker
b. the president
c. chairman of Rajyasabha
d. none of these

34. The Gandhara school of Art was influenced most by the
a. Greeks
b. Shakas
c. persians
d. Kushans

Ans : d
37. Who is the founder of Mahabalipuram
a. Rajaraja Chola
b. Mahendra Varman
c. Narsimha Varman
d. Narsimha Chola

38. The 189th member of United Nations is
a. Palau
b. Tuvalu
c. Soloman Islands
d. Nauru

42. Which of the following involves chemical change
(1) Rusting of iron
(2) Burning of wood
(3) Reduction of wood
(4) All the three

43. Which of the following cave paintings is the oldest
(1) Bhimbetka
(2) Ellora
(3) Ajanta
(4) Chittnnavasal

44. Leprosy has been eliminated from India, as:
(1) There was no case of leprosy in 2005
(2) World Health Organization (WHO) has declared so
(3) The current rate of Incidence has been reduced by 1 out of 10,000
(4) All the patients have been identified for treatment

Ans : b
47. Which of the following Indian classical dances derived its name from the name of place of its origin
(1) Manipuri
(2) Kathkali
(3) Odissi
(4) Kuchipudi

48. Who among the following has been created record in aviation history for the longest uninterrupted flight
(1)JRDTata
(2) Ratan Tata
(3) Vijay pat Singhania
(4) Steve Fosset