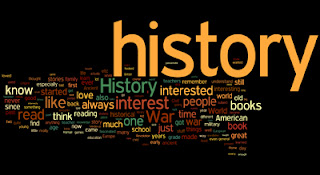 1. Which period is known as Golden Age of Indian History?

2. By which name was Chandragupta II famous?

3. Samudragupta was a worshipper of which God?

4. Who was known as Nepolean of India?

5. Kumaragupta was a worshipper of whom?

6. Which religion proof ressed during the Gupta period?

7. In which period was the art of temple building commenced?

8. Which was the most popular coin commenced by Samudragupta?

9. The Gold coin of Gupta period in inscriptions called?

10. Where was the capital of Magadha?

11. Who was the founder of ancient dynasty of Magadha?

12. Who was the Inportant king of koshal State?

13. Who was the father of Jarasandh?

14. Koshal is the region of which state?

15. In which region were 16 Mahajanpada situated?

17. Who was the Important king of Gandhar?

18. Who was the real founder of Magadha Empire?

19. Bimbisara was a follower of which religion?

20. Who became the king of Magadha after Bimbisara?

22. Who was the last ruler of the empire of Haryanka dynasty?

23. Who became the king of Magadha after Ajatashatru?

24. Who was the founder of Haryanka dynasty?

25. What was the nickname of Ajatashatru?

26. Udayan was a follower of which religion?

27. Who was the last ruler of Nanda dynasty?

28. Prasenjit, Bimbisara and Udayan were contemporaries to which reliogionist?

29. In which literature has the word Sangam were been described?

30. Three Sangam councils held during the reign of which ruler?