67. A mathematics paper consists of ten questions, which is divided into two parts, I and II each part contains five questions each. A student is required to attempt six questions in all, taking at least two questions from each part. In how many ways can student select the questions?
A) 100
B) 150
C) 200 [√]
D)243

72. Who has been named People for the Ethical Treatment of Animals (PETA) Person of the year?
A) Shashi Tharoor[√]
B) Hery Rajaonarimampiania
C) Ghulam Nabi Azad
D) Ban Ki-Moon

77. The watershed between and is formed by?
A) The Naga hills[√]
B) Kanchanjunga
C) The Aravallis
D) Shivalic Hills

79. Kautilya's Arthasastra refers to the river 'Churni' as one of the places in where pearls could be found. Identify the river.
A)
B) Periyar[√]
C) Kaveri
D) Bharathapuzha

80. Who represented at the 22nd Commonwealth Heads of Government meet in ?
A) Manmohan Singh
B) A.K.Antony
C) Salman Khurshid[√]
D) Sashi Tharoor

83. The country which decided to withdraw from the Commonwealth calling it neo-colonist?
A)
B) [√]
C) Sudan
D) Democratic

85. Name the Prime Minister of India, the only head of the government, who took part in the first international environment conference organized by the UN?
A) Jawaharlal Nehru
B) Lal Bahadur Sastri
C) Indira Gandhi[√]
D) Rajeev Gandhi

89. During the Indian freedom struggle who among the following started a magazine 'The Indian Sociologist'?
A) Subhash Chandra Bose
B) Aurobindo Ghosh
C) Surya Sen
D) Shyamji Krishna Varma[√]

90. "In this instance we could not play off the Mohammadans against the Hindus". To which events did this remark of Aitchson relate?
A) Revolt of 1857
B) Non-Co-operation Movement[√]
C) Civil Disobedience Movement
D) Quit Movement

92. You are very arrogant. It is high time you ___ that you are not the most important person in the world?
A) have been realized
B) realized[√]
C) realizing
D) realize

97. Choose the best antonym for OBLITERATE
A) exculpate
B) forge[√]
C) abhorrent
D) none of these 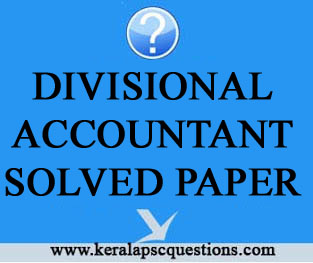