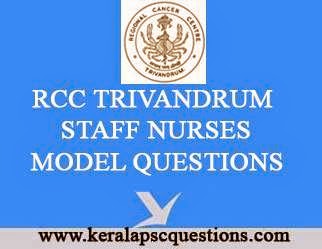 51. Poliomyelitis is transmitted by
Ans: Water

52. Coexistence of two opposing towards the same person at the same time
Ans: ambivalence

53. High doses of antibiotics can destroy the bacterial flora of the large intestine. This can result in impaired
Ans: blood coagulation

54. The following is the primary nursing objective in caring a child with sickle cell anemia in vaso occlusive crisis
Ans: managing pain

55. Which of the following is a first rank symptom in schizophrenia
Ans: Somatic passivity

56. Dyslexia is a specific disorder of
Ans: Learning

58. The most characteristic sign of a child with croup
Ans: barking cough

59. The cells of the pancreas which secrete insulin is
Ans: beta

60. Failure of the newborn to pass urine within the first 48 hours suggest
Ans: congenital defect

61. Low apgar score at 1 and 5 minutes are reliable markers for
Ans: need for resuscitation of newborn

62. Which is not an indication of amniocentesis
Ans: At 8 wks gestation for chromosomal study

63. The following is the best method for performing a physical examination on a toddler
Ans: From least to most intrusive

65. The following would be inappropriate when administering chemotherapy to a child
Ans: Observing the child for 10 minutes to note for signs of anaphylaxis

66. Fear of height is
Ans: acrophobia

68. The health survey and development committee is
Ans: Bhore committee

71. The normal sound elicited by percussing over the liver would be
Ans: dullness

72. The best exercise the nurse should educate a patient with cystocele
Ans: Kegel’s exercise

73. The life span of an adult mosquito is
Ans: 2 weeks

74. Which of the following is not a psychiatric emergency
Ans: narcolepsy

76. Birth weight of a baby double at
Ans: 6 months

77. For instilling ear drops to an infant, you will pull the pinna of the ear
Ans: back and downward

78. The absence of one or more testes from the scrotum is
Ans: cryptorchidism

80. Ventriculo peritoneal shunt is the surgical management of